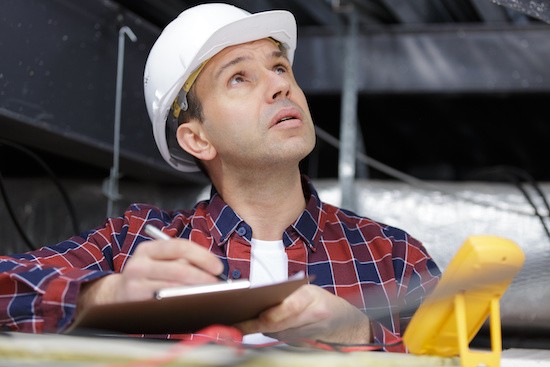 Urban neighbourhoods are transforming with an influx of new citizens, expansions of mass transit and affordable housing, but these positive developments also have the potential to negatively impact pre-existing building owners.

In order to limit the damage potential of proximate construction, building owners and condominium corporations turn to independent pre-construction surveys conducted by qualified engineers, prior to the start of neighbouring construction work. These provide a condition assessment and snapshot to the existing property’s overall condition so owners are aware of potential issues that could be exacerbated by the nature of the work.

Recently, the Ontario government announced the construction of the 15.6-kilometre Ontario Line subway project, adding 15 subway stops, along with an initiative to improve roads, bridges, highways, and other transit infrastructure. With large-scale construction projects like this taking place in cities across the province, protect your building with a pre-construction condition assessment allows trusted engineers help bring you peace of mind.

Ontario's Ministry of Transportation Minister, Caroline Mulroney, said the government is aware that the construction of the Ontario Line will be a large source of disruption to downtown businesses and communities, but that it has a plan to support them.

"Obviously, major public transit projects, projects of this size, will have an impact on communities as we get through the construction. But I can tell you that our government is focused on working with Metrolinx to make sure that we do everything we can to minimize disruption in our communities," Mulroney tells CBC. Toronto’s Mayor, John Tory, added that the city must work hard to ensure that businesses downtown survive the construction to enjoy the benefits of the new subway line.

Queen Street and Yonge Street will both be closed for three to four years during the construction, which will clearly have an impact on the businesses in the area. Beyond that however, the large projects and movement required to complete a project of this size will reshape and shake up the very earth around it, which can amplify existing cracks in walls, floors, and exterior cladding, and affect the lower levels of a building. A pre-construction survey works to identify and extensively monitor areas of crack creation and propagation in the building to monitor its movements as a result of the neighbouring construction.

Of course, buildings tend not to move around a great deal, but there is often extensive earth movement that is done near them. Subways, excavations, blasting, road reconstruction, and other construction projects have the potential to create expensive problems for adjacent buildings.

The reason most potential damage claims aren’t won, or even filed, is due to a lack of reliable proof of damages. Were those parking garage cracks there before? Did they get any bigger during the adjacent work? What about the missing bricks on the first floor? These are the questions that engineers can answer by conducting a pre-construction condition assessment to help protect the building and bring the property owner peace of mind. Justin Tudor, President of Keller Engineering, states that the peace of mind independent pre-construction condition assessments bring to all types of building owners can’t be underestimated.

“Developments and transit expansions are happening all around us,” he said. “Those excavations will vibrate and potentially damage adjacent properties. Aging buildings need to be documented to capture the difference between what’s fallen apart due to wear, and what’s damaged as the result of the construction.”

*Please take note that upon submitting your comment the team at Keller Engineering will need to verify it before it shows up below.